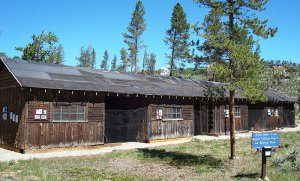 In about 1915, the first motel in Grand Lake was built. It still stands and is thought by the National Trust for Historic Preservation and the Colorado Historical Society to be the oldest, original motel in the country. The Grand Lake Area Historical Society determined that this building must be preserved and restored, so they moved the Cottage Court to prevent its being demolished. It is now placed on a site which the Society hopes to develop like the Cottage Court’s original setting. The Grand Lake Area Historical Society has moved the four cabins, all connected with small carports between them. It is still on the old road, but diagonally across the street from their original location. They plan to restore them so they are as they would have been in the early years. They’re not going to open them as a motel, but folks will be able to learn about automobile tourism, an important part of Grand Lake’s historic legacy. It will join the Kauffman House as a unique, one-of-a-kind museum … another important piece of Grand Lake’s history.

The Smith-Eslick family built what they called the Cottage Court, later referred to as Eslick’s Cottage Camp and Eslick’s Cabins. This was an overnight accommodation for automobile travelers, i.e. an early “motel” in today’s terms. This also explains the four cabins separated by open “car ports”, all joined by a common roof. The patterned, bark slabbing typifies the exteriors of many old buildings in Grand Lake. Even more amazing is the fact that history experts from the National Trust for Historic Preservation and the Colorado Historical Society believe that the Cottage Court is probably the oldest original motel structure in the United States. This is quite a distinction! >> Learn more about the Smith Eslick Cottage Court >> 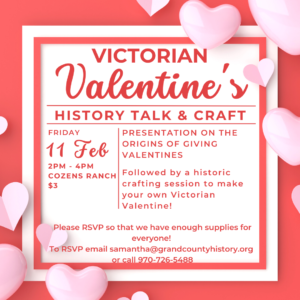 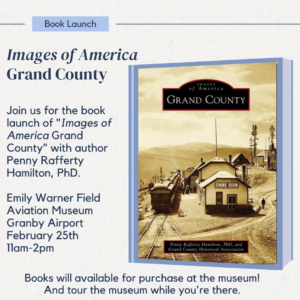 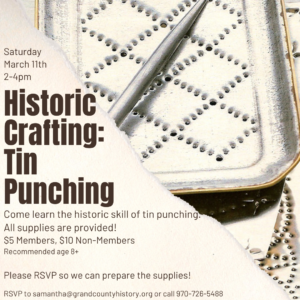 An exclusive, Members Only, behind the scenes look at GCHA archives and collection with Curator Erica. Each Museum After Dark event will feature a new selection of artifacts & items from our collection that are[...]
View Calendar

>> Join GCHA Today! Choose from a variety of membership levels.

>> Sign-up for the Email Newsletter & get the latest news about events, museum exhibits & more!